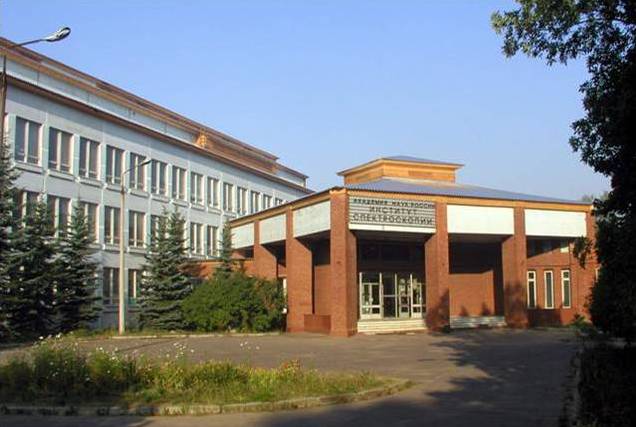 Laboratory of Laser Spectroscopy was founded in 1970 and its first head until December 2001 was Prof. V.S. Letokhov. Since 2002 the laboratory has been headed by Prof. V.I. Balykin. The scientific program of the Laboratory is based on original ideas on new methods of laser spectroscopy and selective action of laser radiation on matter. Presently, the main areas of scientific research of Laboratory Laser Spectroscopy are Ultra Cold Atoms & Atom Optics and Nanophotonics & Nanoplamonics

In the laboratory of laser spectroscopy, the world's first laser cooling of atoms was realized in 1981 [JETP Lett., 34, 442, (1981)]. The temperature of the Na atom beam was reduced from the initial 600 K to 1.5 K. In 1984, a record atom temperature of 0.003 K was reached in the laboratory. This temperature was already close to the so-called quantum (Doppler) limit for the cooling of two-level atoms. The expression for the quantum limit of atom cooling was first obtained by V.G. Minogin and Letokhov [Optics Comm. 19, 72 (1976)]. In the same work, the scheme of three-dimensional laser cooling of atoms was calculated for the first time. The developed methods of laser cooling of atomic beams made it possible to proceed to the solution of another important physical problem: cooling relativistic ion beams in storage rings. Research on the cooling of relativistic ion beams was carried out in joint experiments on the Test Storage Ring of the Nuclear Institute of the Max Planck Society in Heidelberg, Germany [Phys. Rev. Letts., 64, 2901-2904 (1990)]. In the laboratory, the various schemes for localizing atoms using electromagnetic fields were proposed and implemented [ Rep. Prog. Phys. 63, 1429 (2000)], and an approach has been proposed for localizing cold atoms in a nanometer volume [Optics & Photonics News, 16, 33-36, 2005; Optics Express, 15, 5431 (2007)]. An approach has been proposed and implemented in the localization of cold atoms on the nanometer spatial scale and on the femtosecond time scale - atom femto trap [JETP Letters, 81, 209, (2005); Appl. Phys. B 126, 26 (2020)]. Quantum sensors based on ultracold atoms are a fundamentally new type of sensors (time, acceleration, rotation, gravity), which is based on the fundamental principle of quantum mechanics - particle-wave dualism of matter. The laboratory is developing quantum sensors (atomic accelerometer, atomic gyroscope, atomic gravimeter, atomic gravitational gradiometer) based on an interferometer of ultracold atoms on an atom microchip for numerous applications from navigation and geophysics to tests of the general theory of relativity [Optics & Laser Technology, 148, 107698 (2022].

Nanophotonics studies the behavior of light on a nanometer scale and its interaction with atoms, molecules and nanobodies. Nanoplasmonics studies light on a nanometer scale near metal surfaces and nanobodies and their interaction with atoms, molecules and nanobodies. In the laser spectroscopy laboratory, the numerous configurations of nanofields have been intensively studied. A one-dimensional nanofield was used to create an atomic mirror, a diffraction grating, and de Broglie atomic wave scanner, atomic nanotraps, and for focusing atoms [Balykin V.I. Phys. Usp. 57, 607 (2014); Balykin V.I. Phys.Usp., 61 846 (2018)]. In the Laboratory was developed the concept of Surface Plasmon Optics that based on the use of localized plasmon fields and plasmon waves propagating fields. Plasmon optics elements include optical medium for plasmon waves, plasmon interferometer, parabolic mirror for focusing plasmon waves, plasmon lenses, plasmon-polariton waveguide, plasmon nanolaser based on a plasmonic crystal and plasmon sensor of fluorescent biomarkers [Phys. Usp., 62, 267 (2019]. 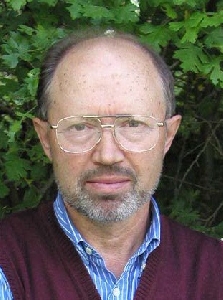 Prof. Balykin V.I. - a specialist in atomic and laser physics, the author of more than 300 scientific papers, including two monographs and several reviews. Starting his career as Research associate in Institute of Spectroscopy, he then worked as Senior researcher and Leader of group of this Institute and where he currently holds a position of Head of laboratory of laser spectroscopy.

During V.I. Balykin scientific career he has been involved in numerous cooperation outside the homeland. From 1989 to 1991 Balykin V.I. is a fellow of the Humboldt Foundation in Heidelberg University, Germany (Prof. G. zu Putlitz). During this cooperation the outstanding results was obtained: the first realization of laser cooling of the relativistic ion beam. From 1991 to 1993 Balykin V.I. is a member of the reached group at the University of Constance, Germany (Prof. J. Mlynek). During this cooperation the outstanding results in the field of atom optics were obtained.

From 1996 Balykin V.I. and his Moscow group started the active cooperation with University of Electro-Communication, Tokyo, Japan (Prof. F. Shimizu, Prof. K. Hakuta). During this cooperation an approach has been developed for the deterministic control of single atoms and single photons and their effective interaction. Subsequent experimental implementations of such hybrid system “atom + nanofibere” showed the promise of its use for a wide class of various applications. Later, during Balykin V.I. visit of Bonn University, (Prof. D. Meschede) the approach was further developed and nowadays such system is seen as the elementary building block of a quantum information network.

Within the framework of the US Civilian Research and Development Foundation's grant program for joint research of Russian and American researchers, the group of Balykin V.I. and group of Prof. W. Phillips, National Bureau of Standards and Technology, USA conducted joint research in the field of ultracold atoms and atomic optics (from 2000 to 2007 years). The result of the cooperation was realization of Feynman's scalable nano manufacturing system.

V. I. Balykin was awarded the Research Fellowship of Alexander von Humboldt Foundations, Germany (1989-1990) and he received Rozdestvenskii Prize of Russian Academy of Sciences (2001) “for the achievement of laser cooling and trapping of neutral atoms”. In 2021 V. I. Balykin was awarded the Galileo Galilei Award for “his outstanding contributions to the laser cooling, trapping, control and manipulation of the mechanical motion of atoms”.